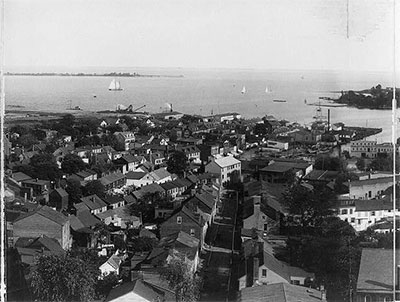 The same Tidewater cuisine which was appreciated in our colonial period is still a major part of Annapolis hospitality. The many pubs and restaurants in town offer Maryland specialties from the Chesapeake Bay. Some even date back to the 18th century. As in colonial Annapolis, music is a part of the ambiance, and almost any night of the week you can find live entertainment in a number of venues.

The Chesapeake still plays a major role in commerce, even though Annapolis eventually lost out on the shipping trade to a much deeper harbor in Baltimore. Recreational boating, fishing, sailing and racing are activities that take place year round in Annapolis and are responsible for a vigorous maritime industry. Supply and service establishments dot the shoreline and comprise a major part of the local economy.

Annapolis is a very popular port of call for international sailors and its anchorage features transoms from all over the world. Four years ago, the Whitbread competitors stopped here, and this spring the Volvo fleet returned. An annual Maritime Heritage festival is held on the City Dock to celebrate this aspect of the Annapolis lifestyle. In the fall, the largest in the water boat shows in the world are held on successive weekends for sail and power enthusiasts respectively.

Home of the annual National Hard Crab Derby, and the annual Tawes Crab & Clam Bake,( a Maryland political institution), Crisfield is located in Somerset County, and is the southernmost city in the state of Maryland. Located between the Annemessex and the Pocomoke River, it is a natural cove that affords protection from the weather. This cove is now part of Somers Cove Marina, where several charter boats are moored. Unofficially known as “The Crab Capital of the World”, Crisfield has its roots in the seafood industry and harvesting the bounty of the bay.

There are seafood establishments that sell wholesale and retail, plus several restaurants using local seafood serve those thirsting for the bounty of the bay. 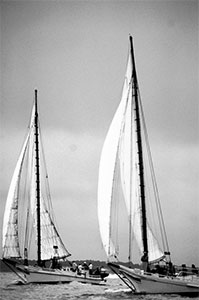 Located in Western Somerset County on the Tangier Sound, the island is three miles long and one mile wide with two villages, Wenona at one end and Deal Island at the other. Income on the island was, and still is mainly derived from working the water. The small harbor in Wenona is the home port of several of the last remaining working Skipjacks, the sailing vessels that still dredge for oysters in the bay.

For over 50 years the Annual Skipjack Races & Festival is held in Deal Island waters, paying homage to the graceful boats of the bay with parades, boat docking contest, and a race of the historic skipjacks themselves.

Rock Hall, located in Kent County on Maryland’s Upper Eastern Shore can be dated back to 1707. Fishing and seafood processing used to be the foundation of this town’s economic base. Still an active commercial fishing harbor, the town’s economy now relies more heavily on the sailing and recreational boating sector that bring in tourists from Philadelphia and the western shore of Maryland. Still recognizing its strong ties to commercial seafood, one of the three museums in the town is a waterman’s museum.

Smith Island, which is only accessible by boat, is a true fishing village. In the mid 1800’s oystering and crabbing became the prominent industries sustaining the island and did so for much of the next century. With the decline of the native oyster population, many watermen now have to rely on crabbing to make their livings. Crab shanty’s, where they shed soft crabs, dot the landscape as you make your way to the island. 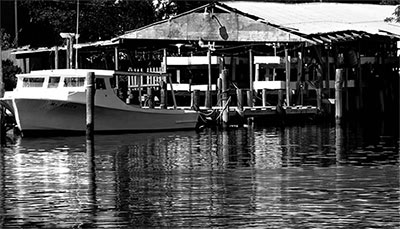 Centrally located in the Chesapeake Bay region, Tilghman Island can trace its commercial fishing roots back to the 1800’s. Life on Tilghman Island during that time centered largely on the water and the land. Commercial Fishing and farming were the two main ways of life and continued as such for many years. While the shucking houses and processing plants that flourished in the past are no longer in operation, the Island predominately remains a fishing village. Dogwood Harbor on Tilghman Island is home to the last operational Skipjack fleet in North America.